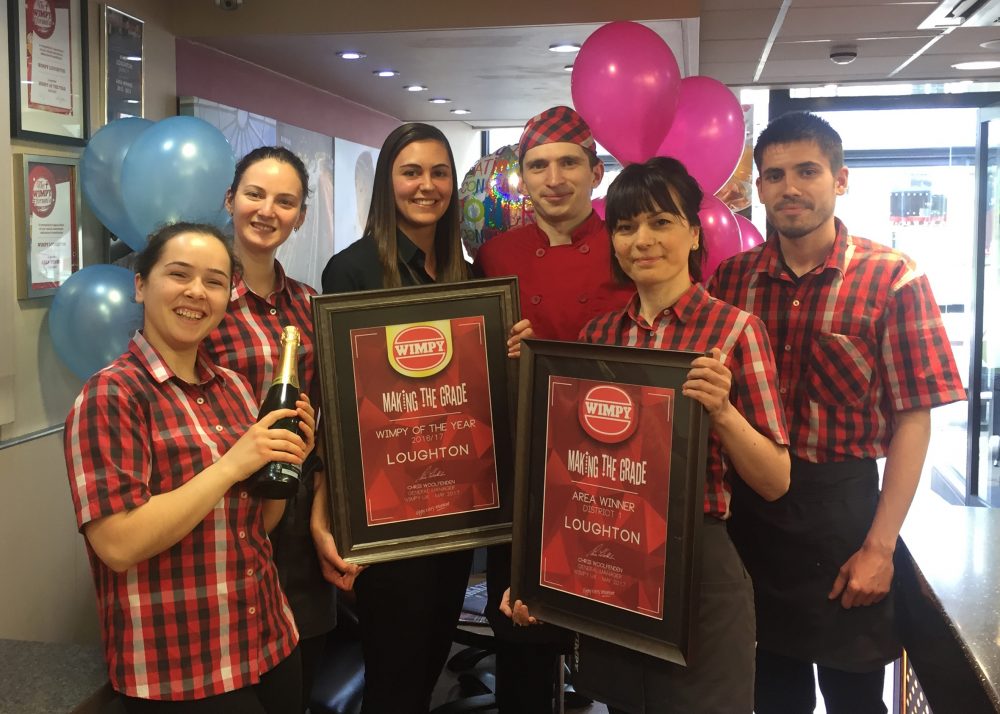 Wimpy Loughton has served up a winning double after taking the overall title of Wimpy of the Year for the second consecutive year.

The team fought off strong competition from more than 80 Wimpy restaurants throughout the country and was praised by the judges for its “fantastic standards”.

The win was announced at a special awards dinner in Wooburn, Buckinghamshire, and a delighted Saffet Akdeniz, who owns the Wimpy Loughton franchise, said: “We feel immensely proud, happy and rewarded that all our hard work has paid off.”

Saffet’s family has owned the franchise since the Loughton High Road restaurant opened in 1979, and manageress Jess recently marked her 10-year anniversary, having started as a teenager doing the washing up.

Chris Woolfenden, general manager, Wimpy Restaurants Group, said: “Congratulations to all the Loughton team for their consistently high standards and dedication to the Wimpy brand.

“The franchisees have continued to reinvest in the restaurant to ensure it excels in all areas and adheres to our very high standards. The team clearly work hard and take great pride in what they do which, in turn, translates into great customer service and very positive feedback.”

All 81 Wimpy restaurants throughout the UK were evaluated in areas such as training, quality, service and cleanliness, with the Loughton restaurant being named one of three area winners alongside the Worthing and Southend Churchill Square Wimpy restaurants.

The top three then went through to a final round of judging, before Loughton took top honours. Runners up were the Wimpy restaurants in Barnstaple, Wickford and Bicester.